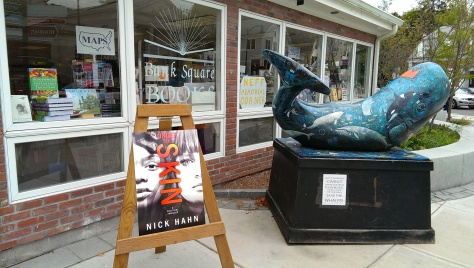 By Virginia Henry
Format:Paperback|Amazon Verified Purchase
It was obvious the author had a lot of knowledge about the things he wrote about. He treated some serious issues in a compelling manner that made you want to keep reading. I liked how he wove current-day events into a persuasive novel that really had you rooting for Nabby. There were some dramatic and memorable scenes. Definitely worth reading.
4.0 out of 5 stars Under The Skin September 9, 2013
By Marilyn Dant
Format:Paperback|Amazon Verified Purchase
I thought it was well written and thought out. With the author having 1st hand experience in Uganda made it even more credible…loved it

IndieBound is the website supporting thousands of independent bookstores across America. These local merchants deserve our support, please browse their millions of titles and buy your books locally. Under The Skin is proud to be available at your local booksellers. Click this logo for direct access.

“Ah, my dear friend Hassim, seems our paths cross once again, how fortunate for this humble Sheik.” As Abdullah spoke in his usual self deprecating manner I realized that a favor was on the tip of his tongue and that I was about to be offered a quid-pro-quo.

We were sitting crossed legged on large fat pillows with gold fringe. The tent was large with partitions dividing living, sleeping and cooking space. It was made from heavy cotton canvas erected on thick poles in the center giving the structure a peaked circus tent appearance. The women serving us were young, wearing harem pants low on their hips with cropped gauze tops made from sheer silk. Their exposed midriffs were flat and toned, their belly buttons were decorated in precious stones that glittered in the torch light as they moved. They were bare footed with stacks of gold ankle bracelets making the only sound we heard as they kept our glasses filled with fresh sweet tea and our communal serving trays piled high with dates and sugar incrusted sweets of undetermined origin.

Abdullah took no notice of these women, his nonchalance intrigued me as I was obviously having trouble keeping my mind focused on the discussion at hand, this was all part of the Arab way, when it came to negotiation they had no peers.

“So my dear friend, tell me, the region is on fire is there a solution?”

I spoke in a deliberate and flat tone, little emotion just concern, one friend to another.

“We were shocked by the American response in Egypt and Libya, never had we seen them move so fast with such efficiency. The fall of Gadaffi was unexpected and Mubarak’s fate stunned us; he had been a staunch supporter of the US in this region we fully expected the Obama administration to prop him up one more time, as they had done so many times in the past.”

I looked carefully at Abdullah,

“The speaker was good, I liked what he had to say. I had expected a dry recitation on how women should change their gender if they expected to advance in a man’s world, since I wasn’t about to grow a cock and balls this man gave me hope and inspiration. Women dominated the audience, not surprising since the average African man wouldn’t support a speaker preaching gender equality. Africa was a continent with generational precedent for the alpha male, it was part of their culture, learned at an early age. This led to abuse on many levels. Women were expected to do the physical work, produce male babies and satisfy the sexual urgings of men. Urgings that in other societies would be called rape but in Africa were accepted as common practice. I understood this better than most. Pictures of the Kony boy-soldiers and their adult commander were burned into my memory.”
― Nick Hahn, Under the Skin 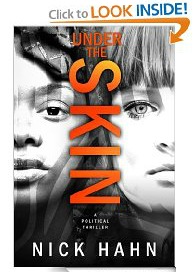